Note: The accomplishments listed on this page are current as of Fall, 2009. 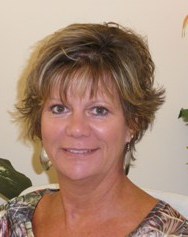 Nancy received her Master’s Degree in Educational Technology from Indiana State University and she also holds degrees from St. Mary-of-the-Woods College and Indiana Vocational Technical College. She has served higher education since 1983 in a variety of roles. She has more than 20 years of successful experience in customer service and instructional service as well as strong skills in planning and implementing proactive processes and procedures in instructional and educational technologies.

Nancy joined the faculty of Ross University in June, 2009 as Director of Instructional Technology. Prior to this position, she had served over 20 years at Rose-Hulman Institute of Technology as Client Services Manager and Project Manager of the Digital Resource Center. While at Rose-Hulman, Nancy also served as a team leader in Rose-Hulman’s inaugural Leadership Academy which won the President’s Excellence in Service Award in 2009. She is the winner of the 2008 Rose-Hulman Rosie Award.The Rosie Award is awarded to the woman who has unselfishly given time and support to the athletic department.

Nancy has served on the Board of Directors at several community organizations and has been a member of Rotary International, which is an international service club organization. At Ross, Nancy is currently collaborating with faculty and students to incorporate technology enhanced software into the learning environment. As a leader, her philosophy is to maintain strong relationships with all members of the community, provide exceptional customer service, and create an atmosphere of open communication and respect. All team members should know that their input is important and valuable.

Nancy has been a member of SIGUCCS since 1993 and has attended conferences since 1985. In 2002, she was appointed to serve on the SIGUCCS board as the Information Director. While in this position, she completely recreated the SIGUCCS home page, created a database that is used to track conference attendees and posted past conference information onto the SIGUCCS website. In 2004 she began her role as vice-chair and conference liaison and was re-elected to the board in July of 2005. She has worked with twelve conference committees in planning, preparing and running the Fall and Spring conferences. Aside from her work with the various SIGUCCS conference committees, Nancy has presented papers, conducted workshops (1999 and 2000), served as a Session Chair, and State Captain Chair. She encourages participation in SIGUCCS as a way to experience professional growth. She has served many roles in the organization since becoming involved:
– Fall Conference Presenter, 1987, 2004
– Fall Conference Program Committee – 1994
– Fall Conference Session Chair Coordinator – 1998-2002
– Fall Conference Workshop Presenter, 1999, 2000, 2009
– Fall Conference Program Chair-2002
– Fall Conference State Captain Coordinator – 2003-2004
– ACM SIGUCCS Board, 2002-2008
– Information Director 2002-2004
– Conference Liaison, 2004-2008
– Track Co-Chair, Spring Management Symposium, 2009
– Program Co-Chair, Spring Management Symposium, 2010 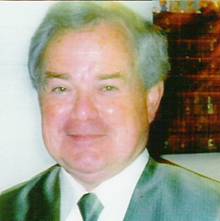 For most all of the 1990’s Jim Kerlin was a regular attendee and enthusiastic volunteer for the SIGUCCS Computer Services Management Symposium, (now called the SIGUCCS Spring Management Symposium), which was held annually in St. Louis. He was part of a relatively large and regular group of attendees from Penn State, and he quickly became known to all as an avid supporter of SIGUCCS. He served as assistant program chair for CSMS in 1991, program chair in 1998, and a conference facilitator in 2001. He also made several presentations during those years. Especially in 1998, Jim helped bring the event back to popularity, following years of declining attendance. Jim additionally served as
SIGUCCS’ liaison to the annual National Educational Computing Conference (NECC) in the 1990’s, an activity which he believed in strongly. Those of us who knew him through SIGUCCS remember him as an intelligent, soft spoken and thoughtful colleague. We always looked forward to greeting him every spring in St. Louis.

Following his retirement from a successful 24 -year meteorological career (at a rank of Colonel) in the US Air Force, Jim took his first position at Penn State University in 1987. Jim served as the Deputy Director of the Center for Academic Computing from its inception until it was dissolved in 2001. During that time, he worked on a number of important projects that contributed greatly to the success of the Center.

At the time of his untimely death in early 2004, Jim was the Assistant Director of the Center of Academic Computing. Jim died from multiple myeloma, probably resulting from exposure to Agent Orange in the latter years of the Vietnam War. Jim is sorely missed by his colleagues at Penn State and elsewhere.

Lynnell Lacy works at the University of Illinois in Urbana-Champaign where she is primarily responsible for development, and alumni & student relations for the Department of Industrial and Enterprise Systems Engineering (IESE). She also manages the marketing and communications
efforts of the department and directs special events targeted toward the student and alumni communities associated with the department’s General Engineering and Industrial Engineering programs. She facilitates the GE100 freshman course, “An Overview of General Engineering,” and instructs the GE/IE 390 course, “Life Skills and Leadership for Engineers”, which complements IESE’s capstone “Senior Engineering Project” course for industrial and general engineers. Lynnell manages the Engineer in Residence Program.

Lynnell earned a Bachelor of Science degree in career and organizational studies from Eastern Illinois University in 2005, and a Master of Science degree in technology training and development from EIU this past May. In April 2009, she received the EIU School of Technology’s Distinguished Graduate Student Award. 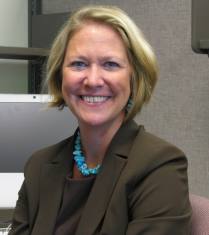 Teresa (Terry) Lockard is the Director of Computing Support Services at the University of Virginia. She holds a BA in Government and Foreign Affairs and an MA in Public Administration both from the University of Virginia. She served as Director of the Budget for the University prior to joining the Department of Information Technology and Communication in February 1997. Her areas of responsibility include instructional technology, research support, labs and classrooms, the help desk, departmental computing support, customer communications and publications, training, student services, postmaster and site licensing. She also serves the University in a leadership capacity on various boards, tasks forces, and committees.

-She attended her first SIGUCCS in St. Louis in 1998 at the encouragement of her VP/CIO.
-U.Va. co-hosted the Fall 2000 conference in Richmond.
– Member of the CSMS 2004 planning committee and served as the as the publicity chair for
-CSMS 2004, 2005 and 2006-Publicity Chair.
-In 2003, she was appointed to the Marketing Committee by the Board.
– Served on the SIGUCCS Board as the Information Director from July, 2004-2008.
-In 2007, appointed to the Marketing and Membership Committee.

Glenn Ricart believes that education is one of the most important activities in our society because it formally transfers knowledge from one generation to the next, allowing the next generation to further build upon it. Dr. Ricart was privileged to have been a faculty member at the University of Maryland from 1980-1993 and Director of its Computer Science Center (Academic CIO) from 1982-1993.

Glenn was a frequent contributor to the SIGUCCS Management Symposia. One key address was at the 15th Symposium in 1988 when he helped catalyze universal higher education connectivity to the Internet. Dr. Ricart also gave the keynote address at the XVII User Services Conference in 1989 with a theme of “Discovering the Future”.

At the University of Maryland, Glenn Ricart helped transition academic computing from a mainframe shop to one that supported distributed networked computing resources. He hired Jennifer Fajman to head User Services, ensuring that academic computing reached all 50,000 faculty, staff, and students on campus. Among innovative features that Ricart and Fajman pioneered were “Commute and Compute” — a series of academic computer labs located in multi-level parking structures on campus for easy access by College Park’s many non-resident students. The University of Maryland became the first in the nation to adopt TCP/IP as its standard campus protocol and College Park installed the first and largest fiber optics to the desktop installation in the nation.

Dr. Ricart has had several other careers, including technology support for biomedical research at the National Institutes of Health, leading some of the nation’s research programs for national defense at DARPA, heading technology for Novell during its heyday, co-founding CenterBeam, and, most recently, using technology to transform professional services at PricewaterhouseCoopers.

Glenn is perhaps best known for his contributions to national educational networking. The University of Maryland produced the first implementation of the Internet protocols for the IBM PC, and implemented the first Internet exchange point for multiple federal agencies and later multiple campuses and private Internet providers. Maryland technology powered the original NSFnet backbone.