Note: The accomplishments listed on this page are current as of Fall, 2001. 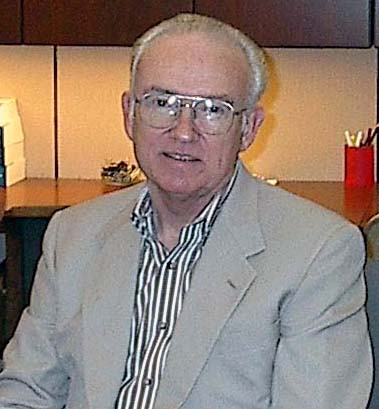 Jack has been a member of ACM and SIGUCCS since 1968. He enthusiastically supports SIGUCCS and ACM and is devoted to making these organizations successful. His extensive involvement with these organizations includes serving for many years on the ACM SIG Board as Chair, Vice-Chair and Council Member; ACM Treasurer; SIGUCCS Newsletter Editor; SIGUCCS Treasurer; Chair of both the SIGUCCS User Services Conference and the Computer Center Management Symposium; Chair of the SIGUCCS Peer Review Committee; and twice Chair of SIGUCCS. 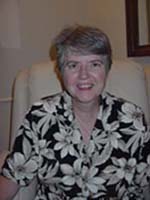 Involved in academic computing since 1964, Priscilla Huston’s work has spanned many changes in information technology. It has involved proposing and installing new technologies and organizational approaches; proposing, designing and building computing service facilities; serving on and chairing committees; supporting staff professional development and collaborative skills; and interfacing with a wide variety of individuals and organizations on and off campuses.

Nationally she has been involved with a number of organizations, vendor related advisory committees, panels and other activities. She served as a Board Member in SIGUCCS (ACM Special Interest Group for University and College Computing) from 1982 to 1986 and was Vice President from 1987 to 1989. She has served on the EDUCOM Board of Trustees and served as Chair in 1991 and 1992. From 1996 to 2000, she co-chaired the Seminars for Academic Computing’s Executive Seminar.

Ms. Huston was on loan from Rice University to the National Science Foundation where she was Program Director for the NSFNET program from March 1993 until July 1996. During this time she was also Director of Outreach for Information Systems at Rice University.

From July 1996 until January 2000, Priscilla Huston was Assistant to the Provost for Special Projects at Rice University, where primary responsibilities involved faculty support for curriculum review, the creation of a faculty handbook, support for Environmental Programs and other special projects such as the preparation of grant proposals, educational outreach, etc.

Since retiring in January 2000 to care for her mother, she continues to be involved. She serves on panels for the NSF and other agencies. She is secretary for the Rice Chapter of Phi Beta Kappa. She took one of the leadership roles in the preparation of the HU-LINC proposal for the Houston Independent School District and continues to serve on the HU-LINC Advisory Board.

Recently she has taken a role in the Cain Project at Rice University that supports integration of the teaching of communication within the curriculum. She is currently involved in assessment activities and in support of a national conference in March 2002 on Writing Across the Curriculum.

Polley McClure is Vice President for Information Technologies, and Professor of Ecology and Evolutionary Biology at Cornell University.

McClure characterizes her professional experience in terms of two careers. The first was a more traditional academic faculty career at Indiana University, teaching Ecology and Evolutionary Biology and conducting research into the evolution of animal life history traits. Her second career as a university leader and manager of information technologies began in the early eighties and has now spanned three major academic institutions.

She has served on and chaired the Boards of Directors of CAUSE, EDUCOM, and EDUCAUSE.

At the October, 2000 EDUCAUSE conference in Nashville Jerry received an “Excellence in Leadership in the Profession” award.

Jerry is currently Assistant Vice Chancellor for Information Services at the University of Kansas – Lawrence. He also acts as an IT liaison to state government for the Council of Chief Academic Officers (password required) of the six regents universities. For FY2002 Jerry is on special assignment to the Kansas Board of Regents Office as Planning Coordinator for the KAN-ED project. KAN-ED is a broadband statewide network to support schools, libraries, and hospitals.

Russell S. Vaught is Associate Vice Provost for Information Technology at Penn State. Before working full time in computing, Russ was a researcher at the Center for Creative Leadership in Greensboro, NC, and the Oregon Research Institute in Eugene, OR. For the last twenty-four years, he has held full time computing positions at SUNY-Binghamton, Cornell, and Penn State.

At Penn State since July 1989, he administered the Center for Academic Computing. The Center provided support for the instruction and research computing needs of the academic community at all 24 campuses. Under his leadership, the Center provided a broad range of resources to all of Penn State’s 70,000 plus students.

He became Associate Vice Provost and Deputy Chief Information Officer in January 2001. He also serves as an Affiliate Professor in the School of Information Sciences and Technology.

He served on the Board of the ACM/SIGUCCS group from 1983 to 1999 and was Chair of that organization from 1991-1995. He served as Program Chair of the Snowmass Meeting and was Chair of the Snowmass Board. He has served as Penn State’s representative to the Common Solutions Group and serves on the executive committee. He has served on the Board of Trustees for the Corporation for Research and Education Networking since 1996 and as Secretary since 1997.

He has made numerous presentations on information technology related issues. He wrote a chapter in the Educom publication, Organizing and Supporting Administrative Computing. He has consulted with a number of institutions on their use of technology. He has also taught courses in statistics and management of information systems. He has over fifty publications in areas ranging from quantitative methods and organizational behavior to traffic safety and parasites in fish. He holds a patent on simulator technology. He received a Ph.D. in Psychology (Quantitative Methods) from Iowa State University in 1971.

Larry Westermeyer has been a member of SIGUCCS since 1978. He served as chair of the Computing Services Management Symposium from 1985 through 1997. He was Local Arrangements Chair for the 1987 Computer Science Conference. He served a Peer Reviewer from 1988 to 1998. He was a member of the SIGUCCS Board of Directors from 1995 through 1997.

Larry is currently Director of Institutional Research at the University of Missouri – St. Louis where he has been employed since 1974. He was previously Director of Telephone Services and Director of Computing and Networking Services. He also held a number of managerial and technical positions.

James (Jim) Wruck spent his entire career in computing at the University of Notre Dame from 1970 to 2000. After graduating with a BSEE and MSEE from Notre Dame, he left the PhD program to become the Assistant Director of Systems in 1970. The first time-sharing system at the university was installed that year.

He took on several roles after that including Director of Systems and Networking, Associate Director, Director of Computing and Deputy Assistant Provost for Computing. He finished his career in the University Library as Assistant Director for Systems. It was an exciting time in which he saw the technology of computing change from heavy batch to time-sharing to personal computing to networked computing. Notre Dame was fortunate to be one of the founding members of CICNet, the NSF regional that brought the Internet to this part of the country.

Jim received much advice over his career from the many colleagues of SIGUCCS, but two that were most influential to him (besides the ever-direct Penny Crane) were Fred Harris, then of the University of Chicago, and Grey Freeman of Yale. “It was a pleasure to be around at a time of so many great computing leaders.