Chris Ferguson will interview Marty Ringle and Lois Brooks regarding the challenges they face in their roles as CIOs, the ways they deal with those challenges, and the lessons they’ve learned from both their successes and their mistakes.  This session will include questions from the audience.

Lois Brooks serves as Vice Provost for Information Services & CIO for Oregon State University. Prior to joining OSU in 2010, she was director of Academic Computing at Stanford University and Executive Director of the Sakai Foundation. She has been active in the higher education and technology communities, launching two multi-university initiatives (Sakai and Unizin), and serving in governance, faculty and engagement roles with Northwest Academic Computing Consortium, Unizin, EDUCAUSE, Internet2, Oracle, Ellucian and IMS Global. Brooks holds an MBA from Columbia University, an MBA from the University of California, Berkeley, and a BS from the University of San Francisco.

Chris Ferguson retired from Pacific Lutheran University in 2012 as Associate Provost for Information & Technology Services, a merged organization of library, IT, and related services and operations.  Prior to his 11 years with PLU, he held leadership positions at the University of Southern California and University of California/San Diego.

Chris received a Ph.D. in medieval and ancient history from Binghamton University, and a master’s degree in library and information science from the University of Texas, both in 1981.

Marty Ringle is President of the NorthWest Academic Computing Consortium (www.nwacc.org) and Chief Information Officer at Reed College (www.reed.edu). During the past twenty-five years he has consulted on technology-related issues for more than a hundred and fifty colleges, universities, corporations, foundations, and government agencies.  Prior to his arrival in the Northwest in 1989, he was chair of the computer science department and founder of the program in cognitive science at Vassar College. He holds a Ph.D. in Philosophy from Binghamton University, jointly sponsored by the T.J. Watson School of Engineering.  Marty has chaired a number of boards including EDUCAUSE, REN-ISAC, and the Consortium of Liberal Arts Colleges, and has served on advisory groups for Apple, Microsoft, SCT, Addison-Wesley, the Fielding Graduate Institute, Marylhurst University, NITLE, and many other organizations.  He is currently co-leader of the EDCAUSE CIO Constituent Group, a member of the InCommon Steering Committee, and a member of the CyberSecurity sub-committee of the National Security Higher Education Advisory Board (NSHEAB).

Because I Said I Would

Amanda Messer believes that every individual has the strength to become a person of their word. In this session, Amanda shares her insights and actionable ways to become better at fulfilling commitments. She inspires others to become more accountable to their promises through compelling and real-life examples from the “because I said I would” movement.

Amanda Messer is the Co-Founder and Chief Technology Officer at because I said I would, a social movement and nonprofit dedicated to the betterment of humanity through promises made and kept. At a young age Amanda learned the affect that promises broken have on relationships. Her father struggled with addiction and was not good with keeping his commitments to his little girl.

As the youngest of five children, Amanda grew up in Lorain, OH. Prior to co- founding because I said I would, she worked at Hyland Software – one of Fortune magazine’s top 100 places to work in the United States. Amanda has also served as the Vice President for the Cleveland User Experience Professionals Association. She currently resides in Lakewood, OH with her son, Trent, and her dog, Miska (pronounced Meesh-ka). 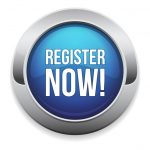 Due to recent changes in the Facebook API it is unfortunately no longer possible to display posts from Facebook Groups. Please see this page for more information.