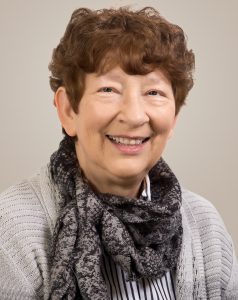 Does your college/university say one of its core values is diversity, equity, and inclusion?  If so, is the IT they are using equitable and inclusive for usage by diverse populations of users?  The evidence suggests “no” — and in this talk, we will consider how to address this problem by answering the following questions:
How can IT professionals assess whether their IT supports diverse users? And if they find problems, how can they fix them? Although there are empirical processes that can be used to find “inclusivity bugs” piecemeal in software, web apps, websites, and so on, what is often needed is a systematic inspection method to assess IT’s support for diverse populations. To help fill this gap, we developed GenderMag, a method for finding and fixing “gender inclusivity bugs” — gender biases in IT interfaces and workflows.  We then introduced InclusiveMag, a generalization of GenderMag that can be used to generate systematic inclusiveness methods for other dimensions of diversity. In this talk, we present the latest GenderMag results, what OSU’s IT professionals are doing with it, and provide a glimpse into the future by briefly introducing InclusiveMag and our early experiences with it.
Margaret Burnett is an OSU Distinguished Professor at Oregon State University. She began her career in industry, where she was the first woman software developer ever hired at Procter & Gamble Ivorydale. A few degrees and start-ups later, she joined academia, with a research focus on people who are engaged in some form of software development. She co-founded the area of end-user software engineering, which aims to enable computer users not trained in programming to improve their own software, and co-leads the team that created GenderMag, a software inspection process that uncovers user-facing gender biases in software from smart systems to programming environments. Together with her collaborators and students, she has contributed some of the seminal work in both of those areas, and also in explaining AI to ordinary end users. Burnett is an ACM Fellow, a member of the ACM CHI Academy, and a member of the Academic Alliance Advisory Board of the National Center for Women In Technology (NCWIT). 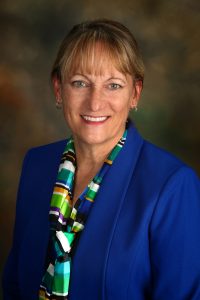 Whether celebratory or despairing, however, claims and assumptions about these roaming packs of digitally-nimble young people are often based on flawed – or nonexistent – research.  Concurrently, educators may find themselves pursued by shadowy specters of what “everybody knows” about teaching, learning, students, and all things brain-ish.

“But, does it really matter,” you might ask, “if a student believes that humans have a shorter attention span than a goldfish?” Short answer: Yes, it does matter, indeed. This presentation will propose a longer answer to that question by unearthing the sources of these legends, shining the light of day on the true nature of such creatures, and offering strategies for combating the pernicious effects of their influence.  (Torches and pitchforks optional.)

Susan Zvacek is an educational consultant, teacher, and speaker focused on learning-centered higher education.  Her disciplinary interests include critical thinking, engineering education, and instructional design. Susan’s background as a faculty member and university administrator prepared her well for this second career, which has been heavily influenced by irreverence, skepticism, and curiosity. She has had two Fulbright appointments (Porto, PT and Prague, CZ) and has spoken at events in Costa Rica, Estonia, Slovakia, Germany, China, Austria, Cyprus, and throughout the United States.  These experiences have confirmed her suspicions that, at their best, humans are illogical, smart, hilarious, and kind.